We hereby would like to bring to your attention a very serious matter.
All Fairenter players and partners should know that only Betfair decides if a ticket is paid or not.
It can happen that Betfair pays out bets on a market to their direct players holding a BF account, or to other whitelabels / clones but not to Fairenter, or the opposite, pay Fairenter players but not players of other whitelabels / clones.
This may happen because the integrity checks Betfair conducts are based on case by case scenarios and winnings may be suspended where they deem suspicious activity.
Proof that Betfair actually proceeded to such an action would be an email like the attached which is a real case that happened.
All players who place bets at Fairenter, accept and acknowledge the above condition and rule. 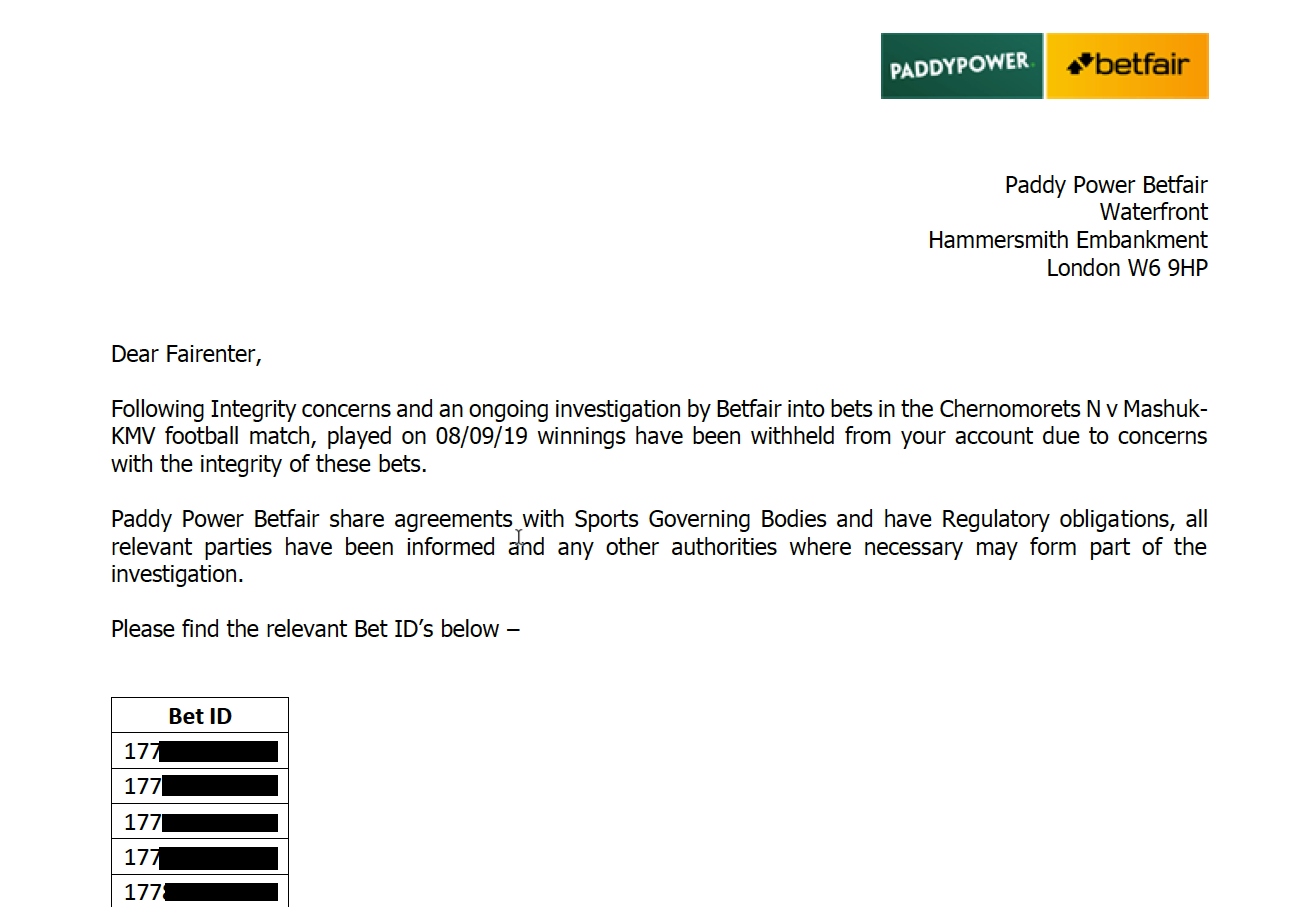